The CAN DO Community Foundation has met its goal for the 2016 Annual Fund Drive, announced Chairman Earl C. Berger.

In noting the conclusion of the Annual Fund Drive, Berger expressed his heartfelt appreciation in sharing this accomplishment to the community of Greater Hazleton, saying, “Thanks to you, the foundation has reached its goal. While I have the privilege of announcing this achievement, it took many generous donors to reach the lofty goal.

“On behalf of the Board of Directors, thank you for your investment which allows the foundation to continue to work on projects related to our mission of conservation, preservation and reclamation,” Berger said. “I trust that you will agree that your investment is focused on projects that strengthen our community’s character. Again, thank you for your interest and generosity.” 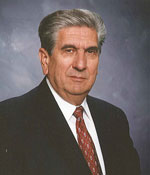 Berger has chaired the fund drive for the pass four years and under his leadership, each campaign has surpassed its goal. Well recognized in the region, Berger has a long list of civic and philanthropic accomplishments, said Foundation President Gary F. Lamont.

Founded in 1992, the CAN DO Community Foundation has been funded through the generosity of individuals, businesses, foundations and CAN DO, Inc.

Since that time, the foundation has devoted its efforts to support projects that improve the quality of life in Greater Hazleton.

Some projects detailed on the website include rehabilitating the Little League practice fields at Correale Stadium, restoring the Freeland YMCA, placing a memorial plaque at the site of the Sheppton Mine Disaster, and working with the Downtown Hazleton Alliance for Progress as it helps revitalize the central business district.

For further information about the foundation or the annual fund drive, please contact Nancy R. Stasko at (570) 455-1508.