The foundation is working to assist numerous other projects throughout Greater Hazleton, including: 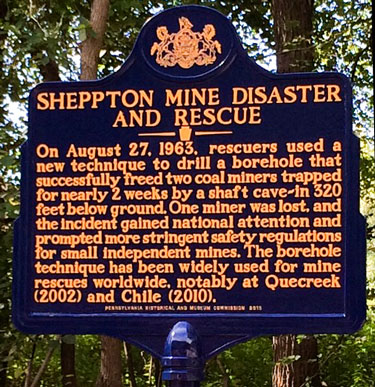 The plaque provided details of the disaster and the then-new technique that was used to drill a borehole and free the miners. David Fellin and Henry “Hank” Throne were rescued on August 27, 1963.

Louis Bova, who had been cut off from the others, was never recovered.