CAN DO announced that Director of Administration Nancy Stasko will retire on March 31 after nearly 26 years of service with the economic development organization.

Stasko, who is the second-longest tenured employee in CAN DO’s history, was hired on April 3, 1995, to serve as administrative assistant to then-President and CEO Kevin O'Donnell and was eventually promoted to Director of Administration. 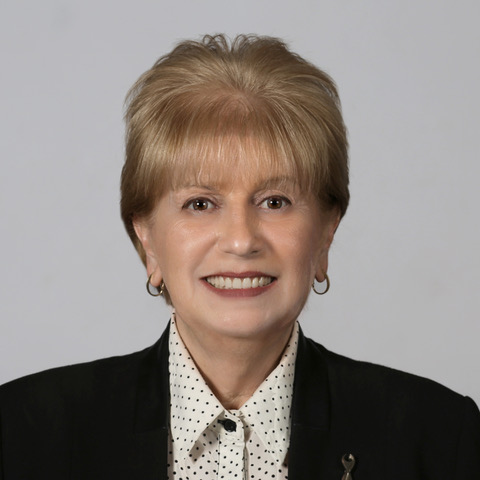 During her time with CAN DO, her many administrative duties included: maintaining O'Donnell's extensive schedule; managing all office and administrative services; coordinating CAN DO's public relations; converting CAN DO's filing system to catalog all current and former industries by site number; serving as the main contact between the CAN DO Board of Directors and CAN DO staff members; serving as the Secretary of the Humboldt and Valmont Park Associations; keeping all CAN DO corporate and board of directors records; planning special events for major CAN DO milestones including the 50th anniversary as well as the CAN DO annual dinners, groundbreakings, ribbon cuttings and the Department of Community and Economic Development On the Road Hazleton event.

CAN DO President and CEO Joseph Lettiere said Stasko has been a valued employee and will be missed upon her retirement. “I have had the honor of working with Nancy for more than 20 years and have seen firsthand her tremendous contribution to the organization. Her knowledge of CAN DO’s operations, her adeptness in managing the office and her ability to keep the entire staff organized, among the many things she does, will be greatly missed. Nancy’s duties encompassed many roles working with staff, the industries and our community; she will be hard to replace,” Lettiere said.

CAN DO Board Chairman Bill Magnotta echoed Lettiere’s remarks. “As one example, Nancy has been a valuable asset to the organization being the primary contact between CAN DO and its board members. Whenever we needed to know something, many times it was Nancy that we turned to first for the information. Surely, Nancy will be missed,” Magnotta said.

Most recently, Stasko played a vital role assisting with communications between the industries in CAN DO’s parks and Covid-19 Task Force in Greater Hazleton, including many conference calls involving public officials from Greater Hazleton communities and members of the medical team from Lehigh Valley Hospital Hazleton.

“I have very much enjoyed my years at CAN DO and certainly miss Kevin O’Donnell with whom I had a great working and friendship relationship over all my years with CAN DO. I could always figure out what he needed before he knew what he needed. Several times he said I was the Radar O’Reilly of CAN DO. Kevin was a tremendous boss and a true leader not only with CAN DO but in economic development circles throughout Pennsylvania,” she said.

Stasko said she will also miss working with the CAN DO staff. “We have a fabulous staff. We have a lot of well-trained people who are very good at what they do and can handle a lot of different things, especially Joe Lettiere who has taken over the helm as the third leader of the organization. He is highly qualified and I believe he will continue the work that was done by the leaders before him. I wish Joe the best,” she said.

Stasko served as Keystone Opportunity Zone coordinator for parts of Carbon, Schuylkill and Luzerne counties from the program's inception in 1998 until it ended in 2019. She was among a group of individuals who appeared before the Luzerne County commissioners to lobby for the program.

She also played an integral role in managing all CAN DO Community Relations Committee activities and served as co-advisor to the CAN DO Student Action Committee. Her Community Relations Committee duties included helping to launch in 2005 and organize the annual Operation: CAN DO drive, which creates care packages for service members with ties to Greater Hazleton, and coordinating the annual CAN DO Community Christmas celebration.

“I really enjoyed working with the students in planning both the Christmas event and the event that allowed us to send care packages to the soldiers serving abroad,” Stasko said.

She has served as Assistant Secretary for the CAN DO Board of Directors since 1995 and has worked under nine different chairmen during that time. Additionally, she has assisted the Governance Committee with all board nominations and elections as well as transition planning between CAN DO presidents, finalizing the CAN DO employee handbook, and restructuring CAN DO policies and committee charters. She also organized the annual Board of Directors orientation. She serves as secretary for the CAN DO Community Foundation Board of Directors and coordinates the annual fund drive which she said she will continue to do during her retirement.

Stasko is well-known for being heavily involved with numerous community organizations and has received several prestigious awards. She has served as treasurer of the United Way of Greater Hazleton's Board of Directors for nearly 20 years and is a member of the Lehigh Valley Health Network advisory board and the West Hazleton Lions Club.

“I will remain active with many community organizations including the Chamber of Commerce and the CAN DO Community Foundation,” she said.